Over the weekend, I competed in the Surrey Junior Squash Championships and won in the boy's under 19 event, which was not only my first tournament in over a year, but also my last as a junior. Having spent the past year deprived of competitive fixtures, I knew that correct preparation would be paramount for success. There was not a moment to waste because I only had a few weeks prior to the tournament which were spent either in the gym or on court since I had just finished my CCT exams.

The Championships were held at Surbiton Racket and Fitness Club, and unlike previous years it was far from the norm due to Covid restrictions. The number of spectators was drastically reduced, and many policies were imposed which almost alienated me from the whole tournament experience. Matches were muted instead of the noisy buzz of excitement from the crowd. Despite this, it was amazing to see the sport gradually returning to how it was before and being able to meet many of my friends from the circuit who I hadn't seen for over a year. Tensions were high, especially due to this being one of the first tournaments and it was a very competitive 3 day weekend. This is a very prestigious event, with the trophy dating back to the mid-1970s, so it holds strong emotional value not only to me but for the previous winners as well. It was an amazing feeling to be able to win and get hold of the trophy and is something I will remember for a long time.

This tournament was also played by my younger brother in the boy's under 17 category. After easing through the early rounds, he overcame a tricky opponent in the semi-final, to face the top seed in the final who had beaten him in the previous county championship finals. This time he showed great spirit to fight back from 2 sets down and regain his title of Surrey Champion as well.

I am indebted to my coaches and support from Wilson's who have helped me to achieve this success in my final county championships before I start university later this year. 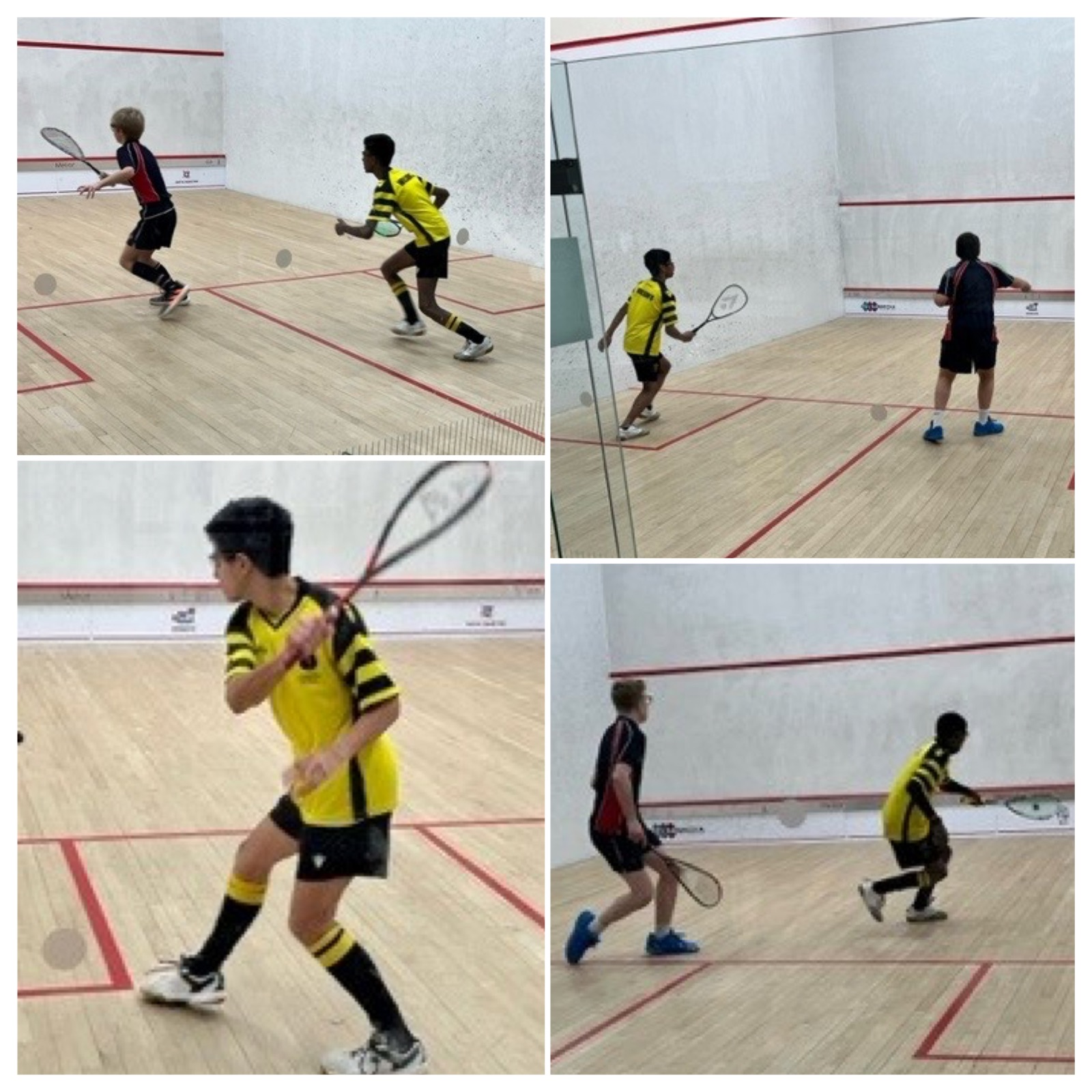 Ethan (Y13) with his trophy and Christopher with his medal.