Dino (Year 11) is getting a reputation for scoring great goals! Another thirty-yard rocket in the top corner came against Ravens Wood for the 1st XI. Jadon (Year 13) put in two of his best performances for the school in half term for the 1s; he was a tower of strength at the back in both games. The U15B’s scored some excellent goals in their game and Pavamaan (Year 10) doubled his total for the school with two goals, one a flying header.

Another Year 10 is player of the week, with Antony in scintillating form for the U15A’s. He added three more goals to his already impressive total, but it was his all-round game that shone through.

Team of the Week

The 1st XI showed their usual dedication playing in the half term holidays and produced some fantastic performances. They earned a draw in the Super League against current National Champions Bede’s and followed that up two days later with a superb win away from home against Raven Wood in the National Cup. The U14B’s got their season up and running with their first win of the season beating Royal Russell in a fine team display.

Team of the week are the U15A’s (banner photo, above), who won two games back-to-back. The first win against a very good Eden Park team was one of their best all round performances.

The 1st XI (photo, below) faced a challenge, playing away to Ravens Wood on their astro pitch. We knew this would be a tough test and knew that we had to perform well in order to get the result we wanted.

We started the game slowly, still adjusting to the pitch, which resulted in us going behind relatively early in the game. After a mistimed challenge in the box, we conceded a penalty which they converted and left us 1-0 down. However, from this point onwards, we took control of the game and started to make more chances of our own. After Nazar (Year 12) was unlucky with a couple of chances and having a few set piece opportunities we knew a goal was coming.

With half time a few minutes away, we never stopped and kept pushing for our opportunity. Then, following a clearance from a cross, the ball rolled out to Dino (Year 11) outside the box, who casually fired it into the top left corner, to give us a much-deserved goal. Going into half time level, we were happy with our performance, and confident that we could keep going in this game and get another goal to take the lead.

Straight away in the second half, we kept putting pressure on Ravens Wood's defence, forcing them to make mistakes and not giving them the opportunity to get the ball to their attackers. After a few chances, including a great shot from Bruno (Year 11) forcing a save from their goalkeeper, we continued our search for a goal. Then, after winning the ball in midfield, Freddie (Year 12) played an accurate through ball into Nazar who was composed enough to slide the ball past the keeper, putting us 2-1 up. If we kept this score line it would secure us a position in the 4th round of the National Cup.

With only a few minutes left in the game, Ravens Wood were giving it their all, trying to find a goal and a way back into the game. Despite having a few chances from set pieces, we remained solid in defence, especially with Jadon (Year 13) putting in a man of the match worthy performance to shut down any chances from their attackers.

Finally, after four tense minutes of added time and one of our best performances of the season, the final whistle was blown and we could celebrate our win, which progressed us into the next round of the National Cup. 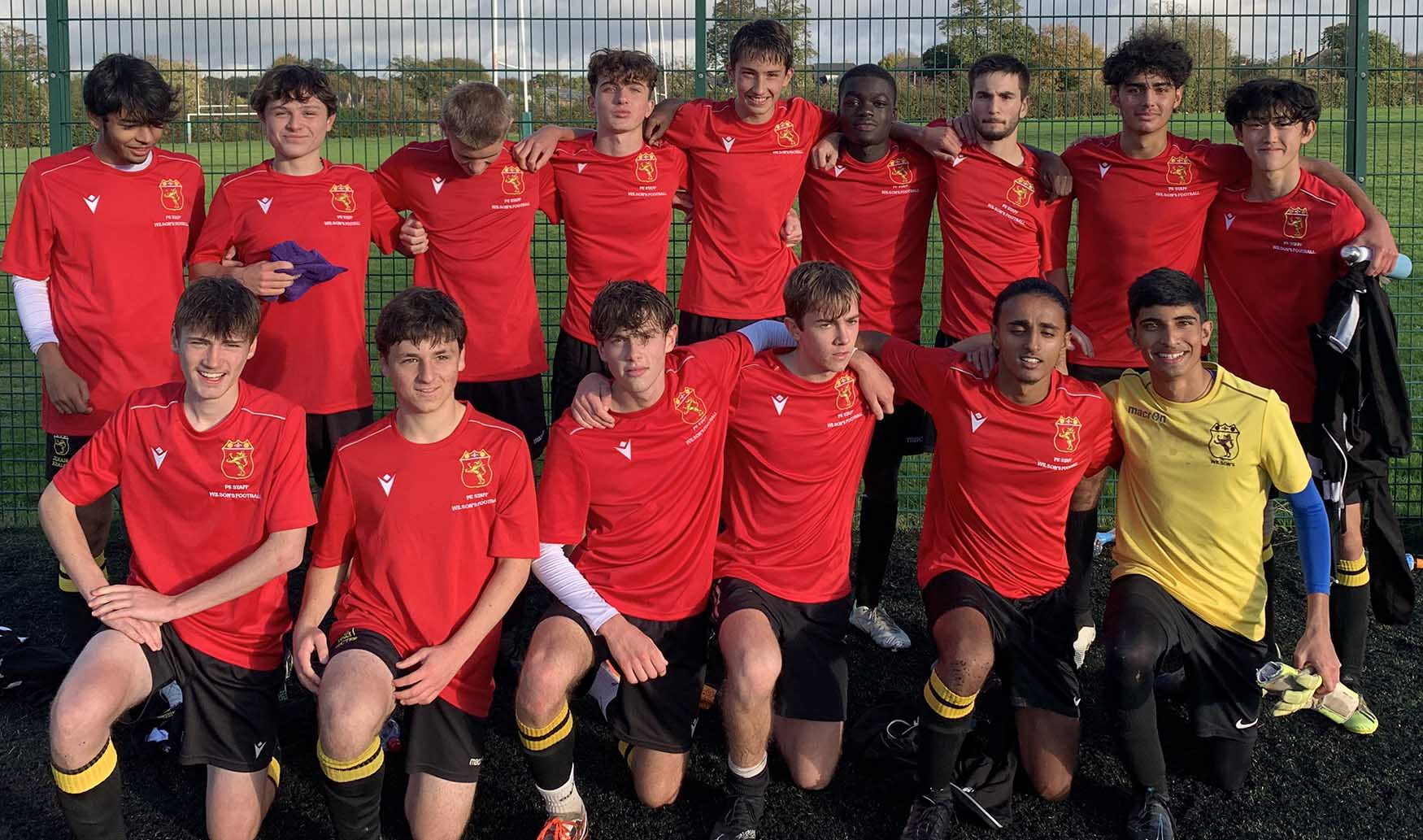