Sam (Year 11) was a rock at the back for the 5th XI (banner photo above) , winning countless headers and tackles to repel the Trinity attack. Antony (Year 7) got his Wilson’s footballing career off to a promising start with a fine strike for the U12A’s. Captain of the 3rd XI Zayann (Year 11) scored a double in gaining a very good away draw at the always strong Hampton.

Player of the week is Seeralan (Year 11) who stepped in for the 3rd XI as goalkeeper owing to injuries. He put the team first, playing out of position, making some fantastic saves and even managing to save a penalty! 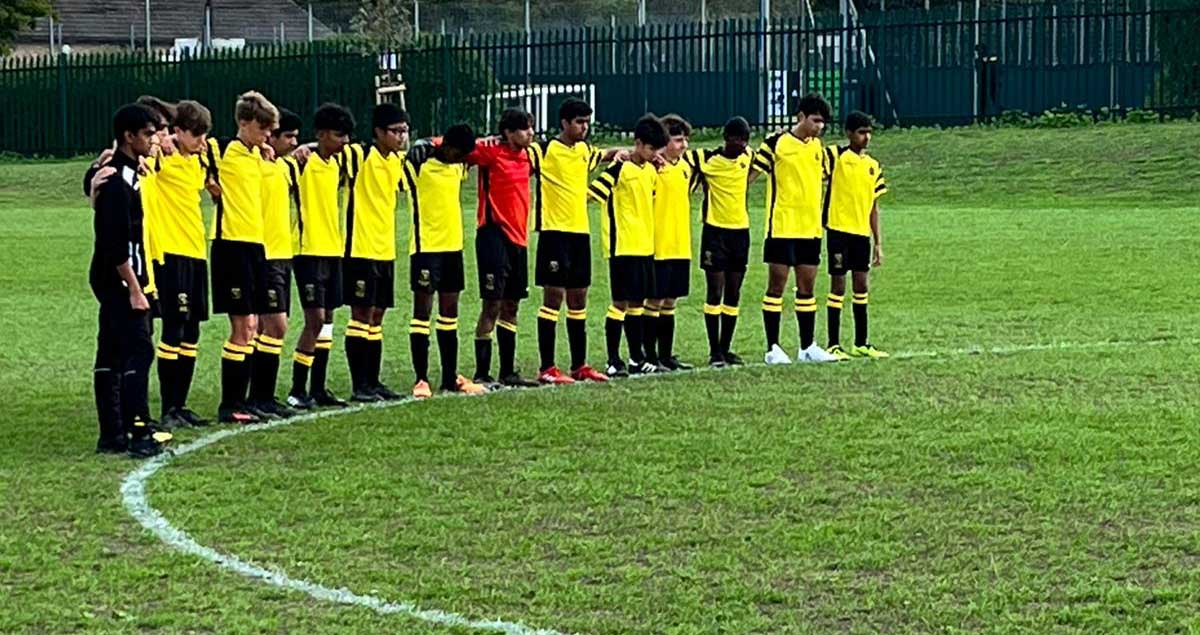 The 3rd XI pay their respects to the late Queen

Team of the Week

The 5th XI were the comeback kings against Trinity on Wednesday. They were 1-0 down at half time but they never gave up and ended up winning the game 5-3; Jayden (Year 11) with the pick of the goals. The 3rd XI remains unbeaten with a good draw away to Hampton and on the same day the U15C’s never stopped working in a brave performance.

Team of the week are the U12B’s (photo below) who played some exciting and promising football in their first game for the school against Oxted. The future is bright! 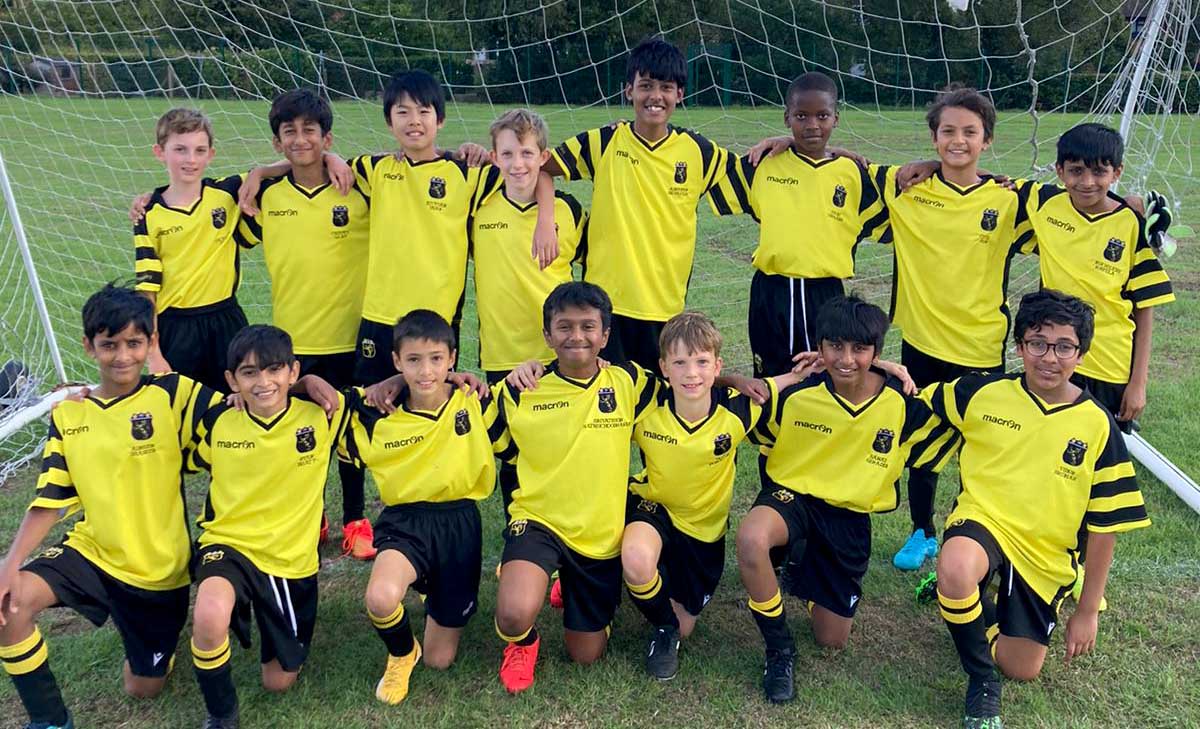 WILSON’S 5th XI 5-3 TRINITY
After a convincing start to the season with a 4-2 win at home to Tonbridge, we made our way to Trinity’s ground and continued our good run of form. After a slow first half, however, it did not look great for us. Even though we had the majority of the possession, we struggled to create chances to test their goalkeeper, who quite evidently lacked experience playing there. A simple free kick over the top of our defence allowed Trinity through on our goal, so they kept it simple and passed square to get the first goal of the game. When the half time break arrived, we still somehow found ourselves 1-0 down.

However, after encouragement from Mr Palmer to be fearless in the second half, even though some of the Trinity players were a few years older than us, and a few tactical switches, we immediately began to find our feet in the game. Our first goal arrived just moments into the second half, after a shot from Avaneesh (Yr 11) was deflected into the Trinity net by a defender. But we didn’t stop there. Moments later, a corner kick of ours which took a few deflections was bundled into the net by Atharva (Yr 11). As the game went on, we continued to assert our dominance on the game with two goals from Jayden (Yr 11), one of which was a free kick put across the goal into the bottom corner. Although Trinity pulled one goal back from close range, we quickly responded with a spilled shot tapped in by Ollie (Year 11). Valiant defending late in the game from our two centre-backs at the time, Sam (Yr 11) and Ashwin (Yr 11), helped us to hold on to the 5-3 victory. Overall, our strong team spirit and willingness to fight for the result helped us to take away our second win of the season.

Season starts with a bang!