The new season is off to a tremendous start for both our established Year 8 team and our new Year 7 team. After a few open sessions for Year 7, a team has been settled upon and they have certainly started strongly!

The Year 7s started off with a very competitive fixture against Caterham (banner photo, above), with Wilson’s narrowly coming out on top 45-40. Superb performances from all, with tries scored being shared between Owen, Jayden, Isaak, Sourish & Mohan. Jayden was also excellent in defence, making a few try-saving tackles.

Next up were Carshalton Boys for the Year 7s. Wilson’s were up against a very inexperienced side and so this game provided an opportunity for all students involved to develop their match play and learn from one another. Wilson’s came out victorious 15-0.

The Year 7s most recent performance left much to be desired. Harris Academy Beckenham were the opponents, who were physical and direct from the first whistle. We struggled with the intensity and half-time saw us 20-0 down. Small improvements were made in the second half to limit the score line. Whilst the game was lost, the boys were able to identify our areas of weakness and showed a willingness and determination to improve. Well done to all Year 7s who have represented the team so far—it has been an excellent start!

Our Year 8s bounced back after their loss to Carshalton Boys, with two wins from two against Caterham (photo, below) and Wallington Boys.

First up were Caterham. The influence of leaders Howard and Phillip was clear to see in this game, providing leadership in defence and flair in our attack. Player of the match was our captain Phillip, with four tries.

Next up were visitors Wallington Boys who matched us technically and provided a competitive encounter. The first half was even between the two teams but Wilson’s physicality got us over the line, coming out victorious 25-5. 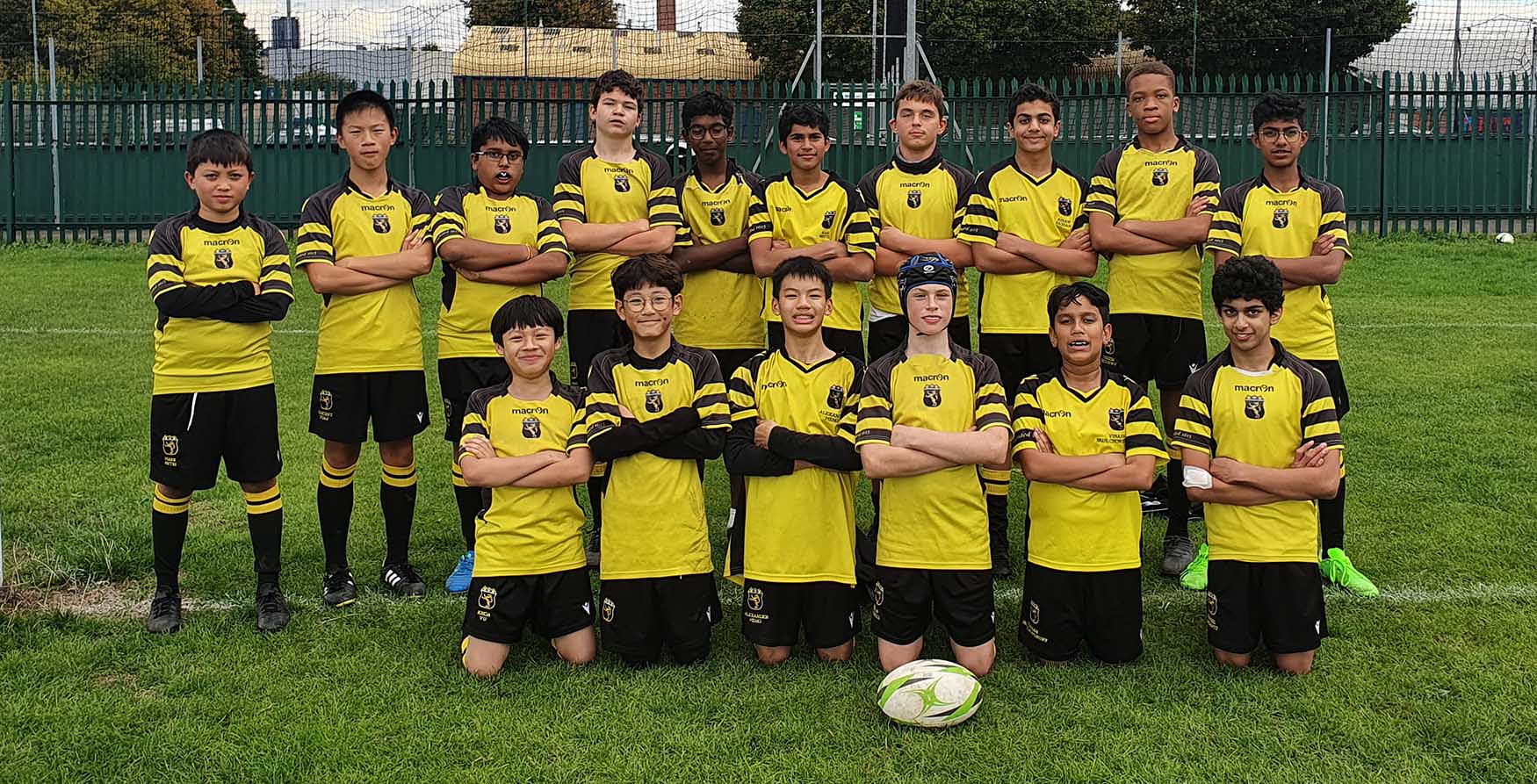