Towards the end of August, I had the once-in-a-lifetime opportunity to partake in 12 hours of pilot training as part of the Air Cadet Pilot Scheme. It was a long train ride to get up to Dundee but I was eager to go flying and meet the three other equally enthusiastic cadets participating in the course.

Organised by Tayside Aviation, the course began with six hours of general handling training, starting with the basic effects of flight controls and developing into recovering from simulated stalls, wing drops and engine failures. We then progressed onto circuit training over the River Tay, where I had to take off, maintain radio contact with ATC, cover checklists, and land the Aquila A211 aircraft all within the space of six minutes.

After around 50 mostly successful circuits, the intensive two weeks finally culminated in me achieving my first solo flight: a nerve-racking but definitely enjoyable experience. Unfortunately, that also meant that the course had come to an end after 12 hours of flying, but I hope to be able to return to the cockpit soon and would certainly recommend this course to any other future budding pilots. 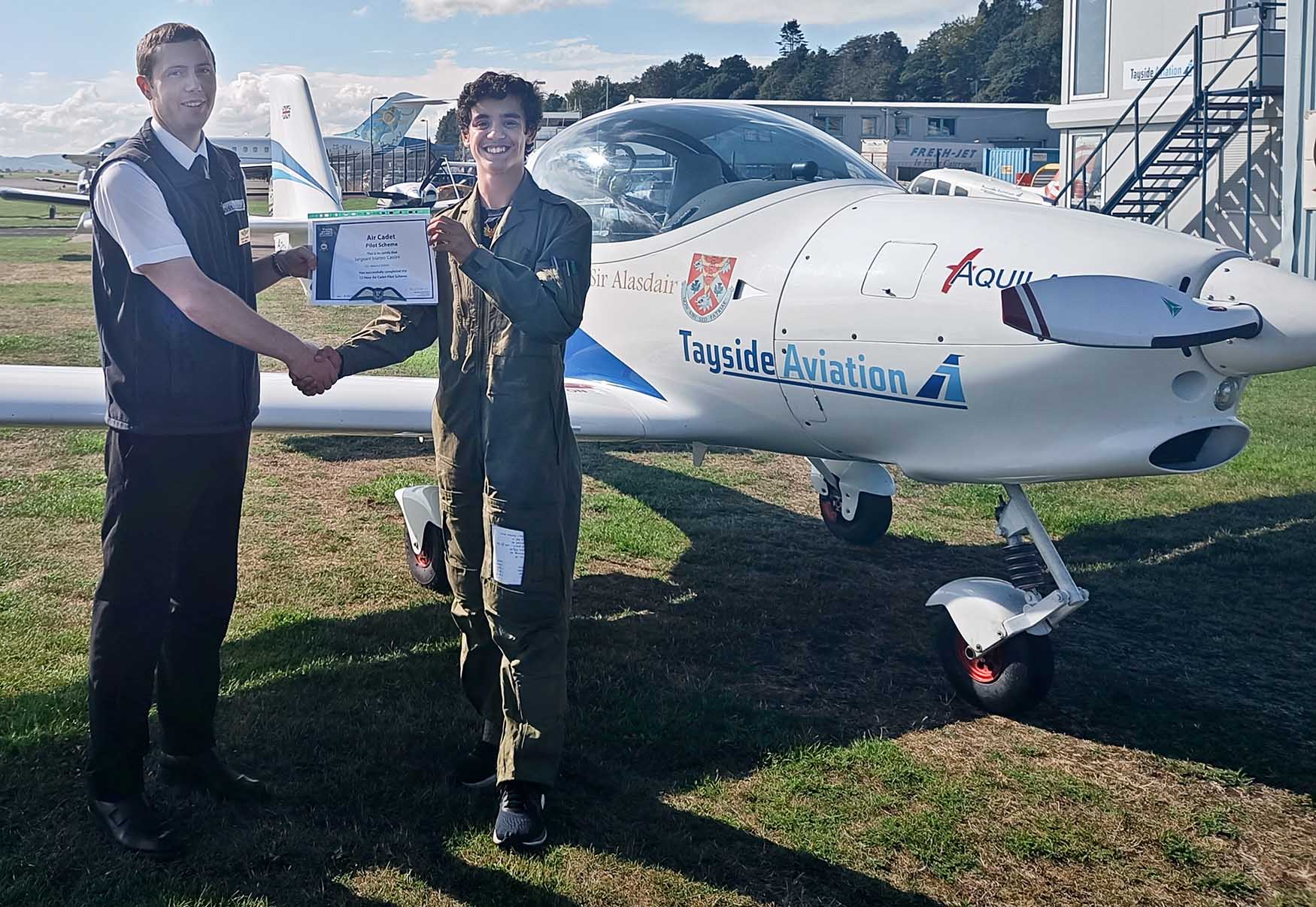